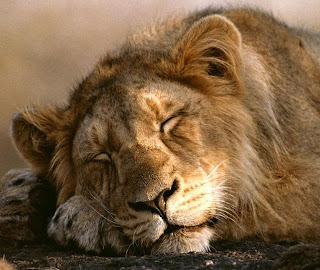 What would we give to our beloved?
The hero’s heart to be unmoved,
The poet’s star-tun’d harp to sweep,
The patriot’s voice to teach and rouse,
The monarch’s crown to light the brows?
He giveth His beloved, sleep.
– Browning

Can’t Sleep, Clown will Eat Me.

I’ve been thinking of late RM about the function and the necessity of sleep. Im reminded that it wasn’t that long ago, during the Q&A portion of the International Master/slave competition that I was asked about the area of my biggest struggle and I had to make a choice at that moment. The answer that came immediately to mind wasn’t directly applicable to the Master/slave lifestyle, but it does potentially have an effect on that and every other facet of our lives together as Master and slave. That answer , RM was that I have an issue with sleeping. Not that I suffer from any sort of chronic insomnia or a genetic predisposition to not sleeping….I just don’t like to sleep.

If given a choice between going to bed or staying up reading or writing or researching, I will almost always desire the option that involves staying up a little later, finishing this chapter, this movie, this article, this…whatever. You get the point – I’d rather do anything than go to bed.
There are a number of different reasons that have been primary at one time or another during my lifetime. At times I’ve felt that I’d be missing something if I went to sleep, therefore I’d stay up and do the much more interesting thing whatever that is, instead of wasting valuable time abed. At other times I’ve been working on various projects or been under some sort of deadline that would require in my mind extended periods of time where I felt I needed to go without sleep to accomplish some goal I’d set for myself.

Note,  RM that even as I write this I recognize that my impressions of what was ‘necessary’ with regard to my own sleep deprivation may not have been realistic, but it certainly felt so at the time.  And since we are ruminating, let me also add that there seems to be a thought in the back of my mind that sleep is for wussies.  A strong, capable person (like myself, I thought) has the ability to tap into hidden reserves of strength not immediately apparent to the average person and thereby exist on about half the amount of sleep that most people need to function.  I told myself (and others) some version of that macho bullshit for years, as I routinely allowed myself roughly 4 hours a night of sleep on average, many times going without sleep entirely, getting what I called my ‘second wind’ around 4 a.m. at which time I’d start to feel more awake as dawn approached.  I’d crash the following afternoon of course and take a nap during lunch and somehow make it through the doldrums of the afternoon in a quasi awake state. The stark reality is that there is no such thing as a superpower of not needing sleep. I was burning the candle at both ends.  Sure, I developed elaborate coping strategies, but on some level I knew that this wasn’t good for me and I’d also be cognizant of the need to make some sort of change…but I’d do it again and again anyway.

The Beauty of the Night
For me, the middle of the night is a beautiful place to be. Its quiet, dark – the people that you love are safe and tucked away sleeping, there are no interruptions, no phone ringing, no worrying about finishing up things here before you have to be there by X time – none of those irritating phenomena that we accept as part and parcel of the daylight world. For about 6 or so hours each night after what is commonly considered ‘late night’ activity; the susurrus of murmured conversations over the issues of the day, wearing my slave out in bed, scening, watching television etc.. it all would fade away by midnight and then I would feel this moment of peaceful, beautiful silence that stretched before me like a vast, blank tablet that is waiting.  Waiting for my hand to mold and to shape it into somewhen that is totally mine to do with as I will…until the approach of dawn.  It is a wondrous and incredibly seductive time, RM. And the most amazing thing is that unlike birthdays, holidays and other special occaisions – this moment always unfurls before me like a beautiful delicate, inky black rose each and every night!  I loved being awake and staying awake as long as possible. Sometimes I dreamed of a world in which I’d never have to sleep and could just use all 24 hours of the clock for my porpoises….But you know what kids.. everything has a price tag.

Nothing is free.
There IS a tradeoff, gentle RM.  For my habitual idyllic sojourns in the land of sleeplessness, there is a toll.  And the bill is paid by the body – specifically the allowing of some or perhaps most of a growing list of travelers to accompany me through the pathways of the waking world.  Who are these travelers? – they go by varied and numerous names;

Hallucination – ever see those elusive little shadows that appear to be just out of the corner of your eyes, darting under beds or couches or the sense that ‘something’ was over there but isnt right now?  What about…. Irritability, Cognitive impairment, Memory lapses or loss, Severe Yawning, Symptoms similar to ADHD (Attention Deficit Hyperactivity Disorder), Impaired moral judgement, Decreased reaction time and accuracy, Tremors, Aching muscles, Risk of Diabetes Type 2, Growth suppression, Risk of obesity, Decreased temperature, Increased heart rate variability, Risk of heart disease, Impaired immune system…

These are facts RM…not opinion.  These are iIrrefutable, scientifically verified, independantly provable, in-your-face.. facts.   When we dont sleep as a way of life, these critters (and others) eventually become a part of our world.

At the shallow end of the pool, the list of travelers that would go with me through the waking world seemed like a small price to pay – as long as they were few and variable.  But be warned RM that the effects of sleep deprivation are cumulative and it has been my experience that the longer one goes without sleep on both the short (single night, or series of adjacent nights) or the long (over a period of months or years) term – the more of these critters clamber aboard.  Additionally, I’ve found that even if the list or quantity of symptoms doesn’t grow – the ‘weight’ if you will of specific attributes tends to expand geometrically…and as a result YOU gentle RM can begin to expand as well..

Did you know that sleep deprivation disrupts your bodies ability to regulate hormones that control metabolism and appetite?

Lather, rinse and repeat the above cycle until dead.

This cycle isnt the only reason why a person becomes overweight, I realize that.

The point Im making is that at the deep end of the pool, chronic sleep deprivation will eventually kill you RM – mostly indirectly by contributing to complicated health issues that singularly or collectively damage your body enough to kill it.  There. I said it.

Yes, I could have waxed long and pedantic about various and sundry sleep aids like the best mattress for the money, size and quantity of pillows, their assorted fillings, the importance and relevance of thread count in bed linens and the merits of egyptian cotton vs domestically grown.

And perhaps I will at a later date.

But before we explore the concept of sleeping WELL, gentle RM – we need to tackle head on the issue that many of us struggle with, and that is sleeping AT ALL.

A question for you RM – you’ve put a lot of time and energy into the cultivation, development and structure of the relationship with that person or persons that serve you. Would you then consider it appropriate or responsible to then direct said submissive or slave to leave your service and go serve a different Master that is unhealhily overweight, chronically forgetful, clumsy, angry and suffers from heart disease, symptoms of ADHD, an impaired immune system, tremors, and impaired moral judgement?

Of course it’s a heavy handed overstatement RM and a borderline unreasonable example. Point? There is one and not just on top of my head.

Look into this article and let me know if you see your reflection anywhere. Are you a part of my Tribe of the Sleep Deprived – you know who you are and you know that this is Truth. Have you one or more of those aforementioned critters with you during the day, most days?

Killing oneself by degrees is neither Renaissance nor Masterly.

This is long enough to be a two-parter and I hate to leave you right here, but you get the point RM.

Its time to make a change. I want to be here for a long time – and I want YOU to be here too.  We’ve got a lot of enjoying of the best that life has to offer still to come…so that means we have to make some very necessary changes.

Trust – There are solutions – we will explore some of those in some detail next. Meet me here tomorrow. In the meantime I welcome your comment.
Rest well, RM. 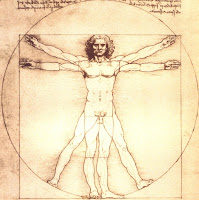